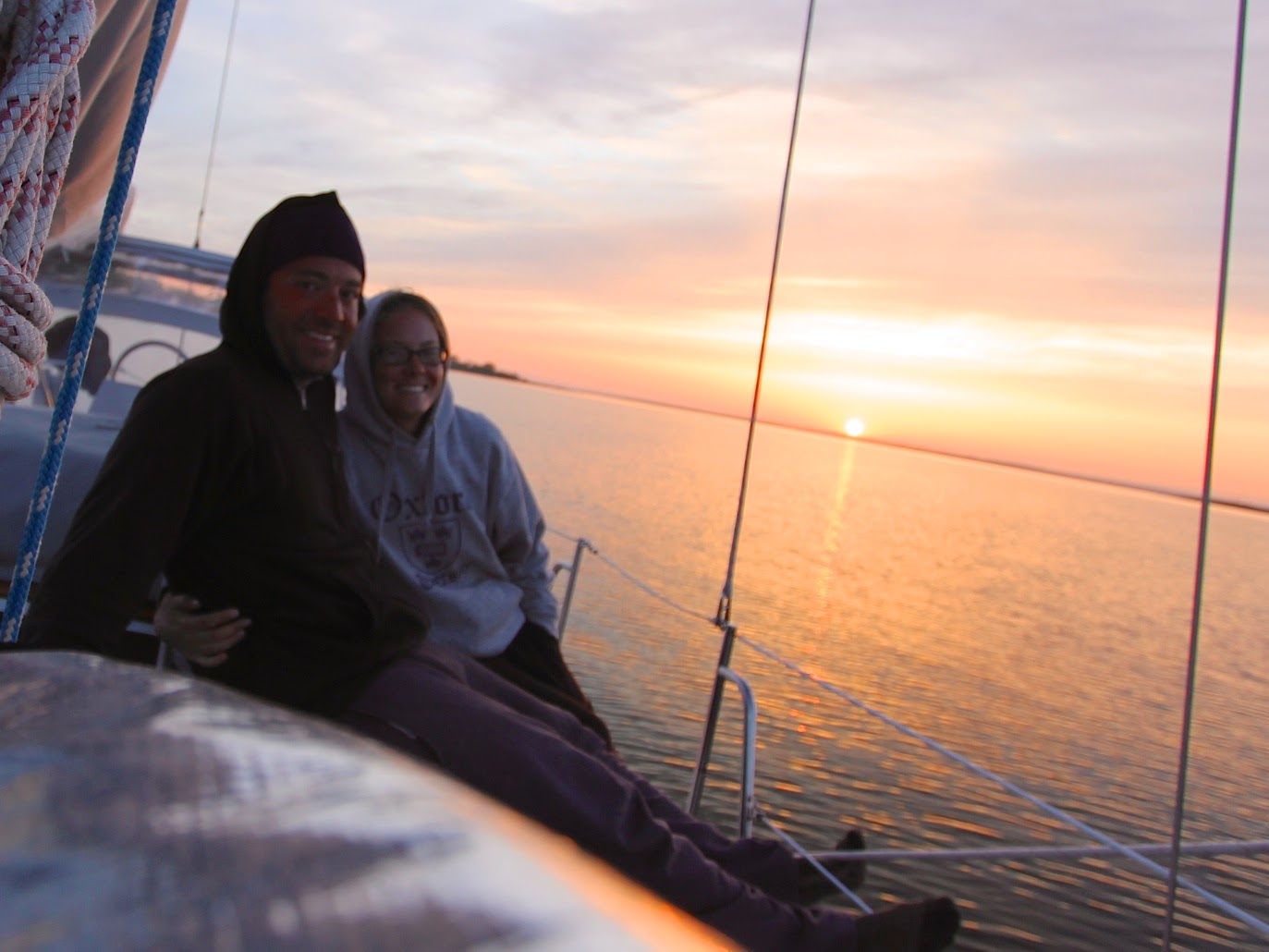 We left City Island in very light winds and a favorable current and mostly drifted our way eastward in Long Island Sound.  It was Memorial Day weekend and the sun was out, along with every person owning a boat in the local area.  The radio chatter was constant, we were repeatedly waked out by power boats in a hurry, and had to pay attention to several sailboats tacking about in the light winds.  At the end of the day, we nudged our way into a tiny little cove called "Eaton's Neck", home of a Coast Guard Station and a perfectly protected anchorage for the night.  We grilled out for the last time and watched a pretty sunset.  We will miss this. 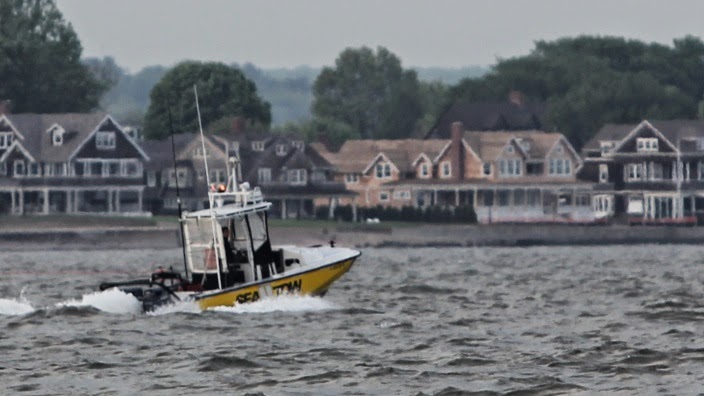 The next morning had wind!  It was a down wind run, but we poled out the jib and ran wing and wing for awhile and the wind increased in the afternoon, so we were able to make it all the way into Old Saybrook just as the sun was setting.  Our friend Eric passed us in his SeaTow boat, while towing another boat, and we admired his speed.  We stayed in Old Saybrook a few days, waiting out a wind shift and nasty front before gearing up for the final leg of our journey. 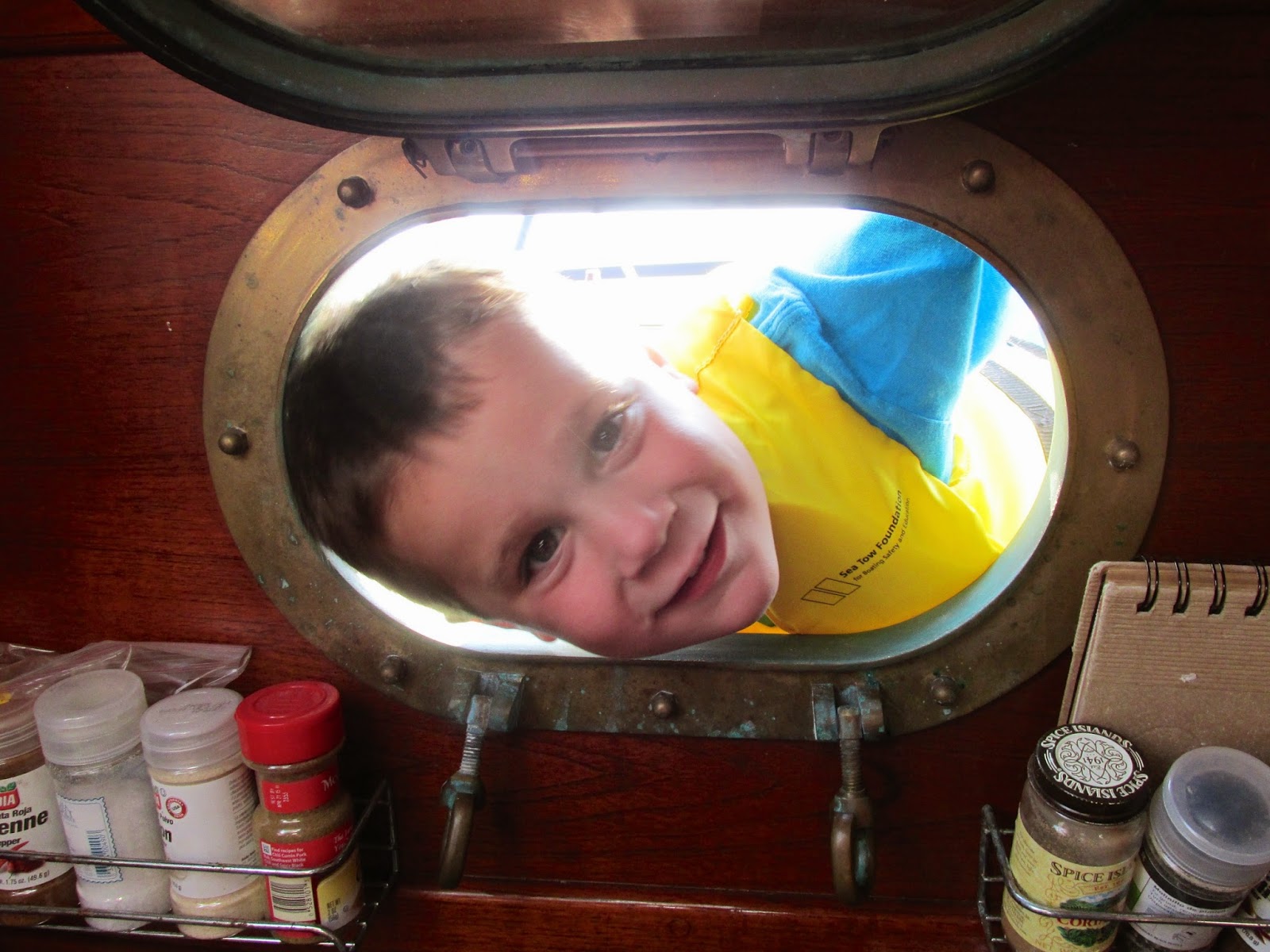 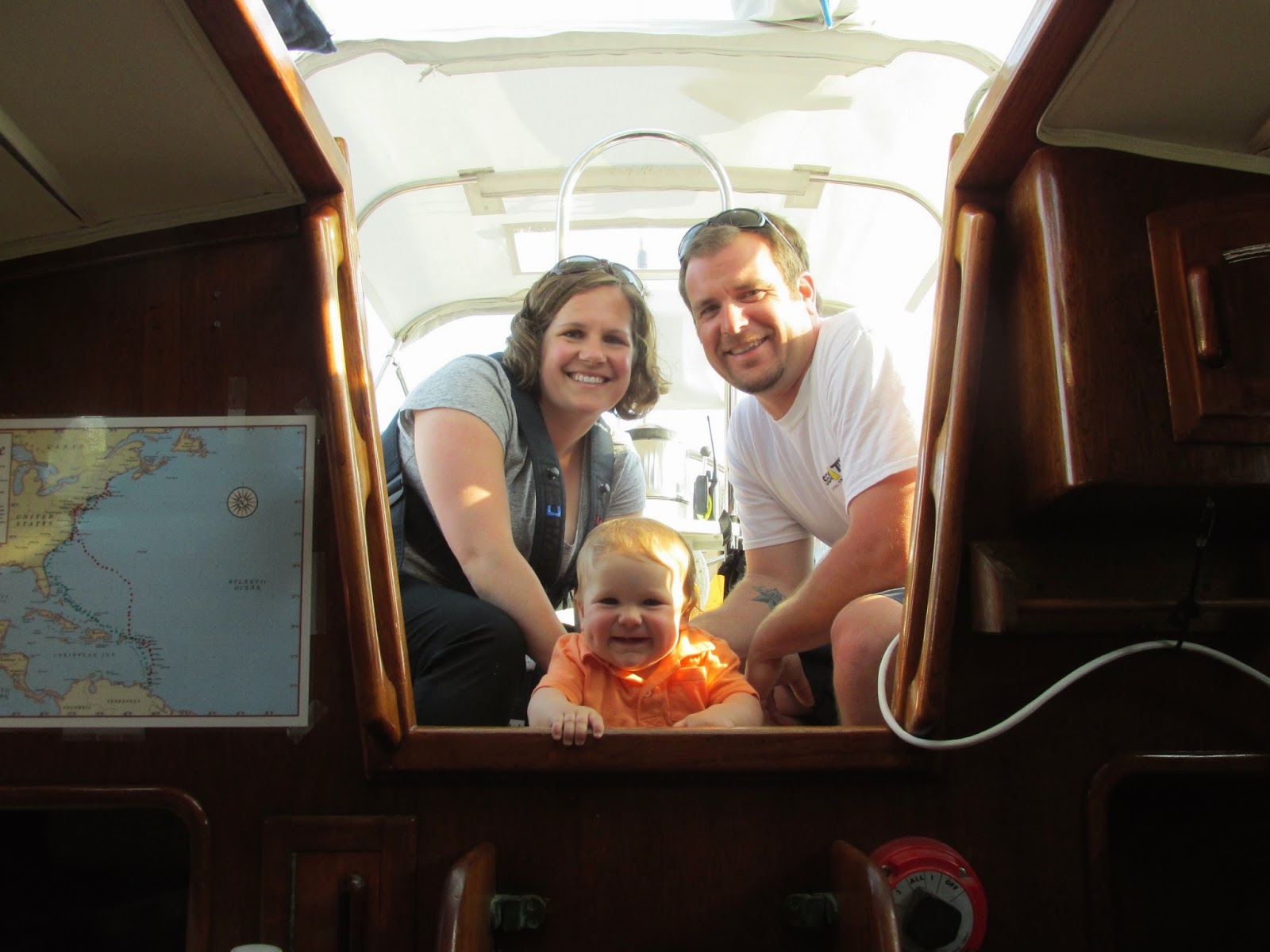 We had a great time on pizza and brownie night with the Dussaults, Dustin was a fantastic helper and loved "taking a tour" of the boat.  Chris tackled some varnish so Navigator will be looking her best and we liked the hamburgers from Jack Rabbits so much, we went twice!  The front that passed had us bouncing around the dock strong enough to need more fenders, so Kellee "borrowed" some that were not being used further down the dock and they did the trick.  We put them back, tied off even better than they were before. 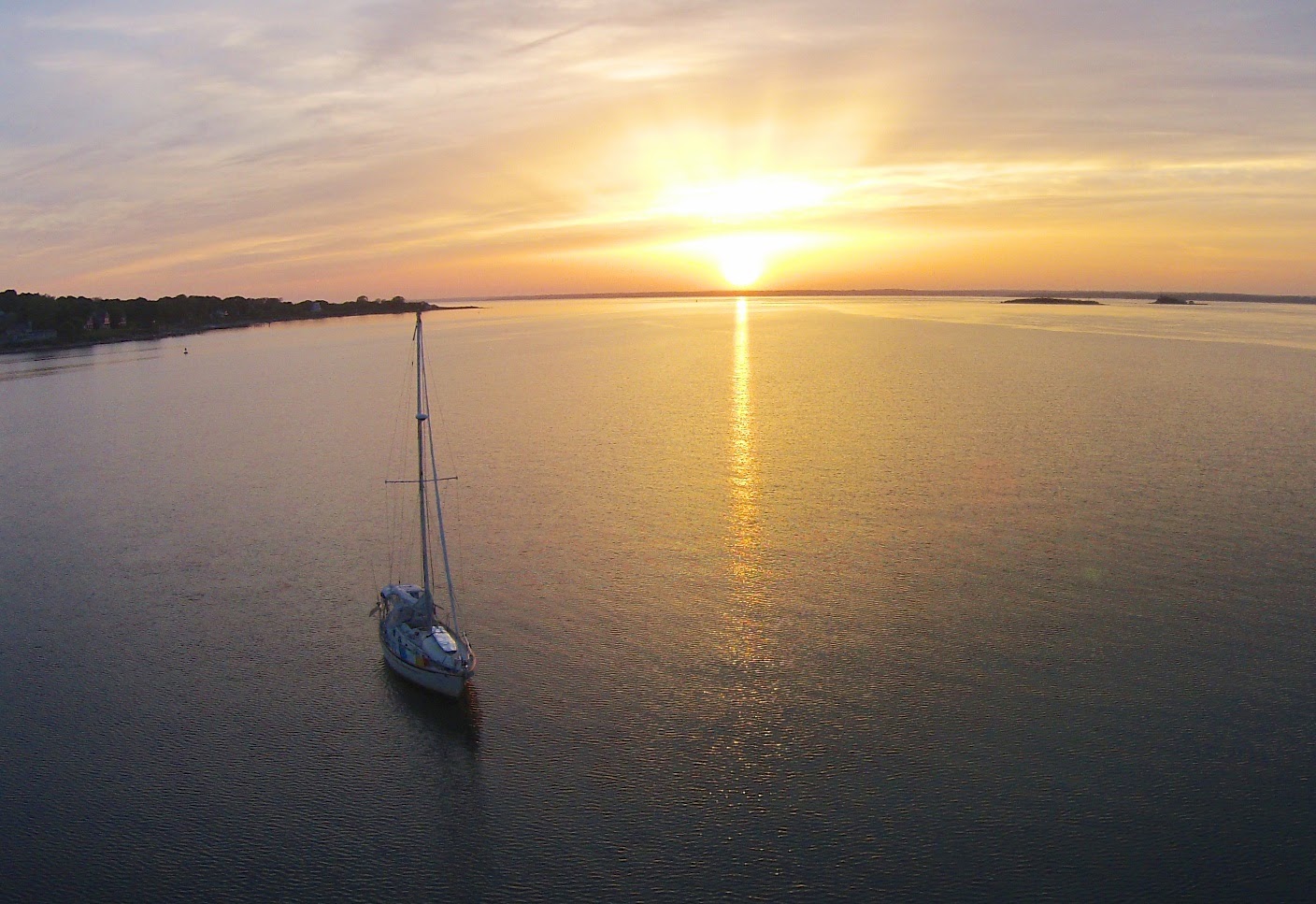 Today we made our last sail under sunny (but still chilly) skies, full canvas and dropped the anchor for the last time in West Cove of Fisher's Island.  Tomorrow we will motor over to Spicer's Marina and begin the next phase of adventures, but our adventures with Navigator are quickly coming to a close.  The beautiful weather allowed for some bonus drone flight time and we have been very impressed with its ability to bounce back after the crash.  One of the motors is a little wacky, and we did have a close call with the rigging, but it has been worth its weight in gold.
Posted by C at 09:04