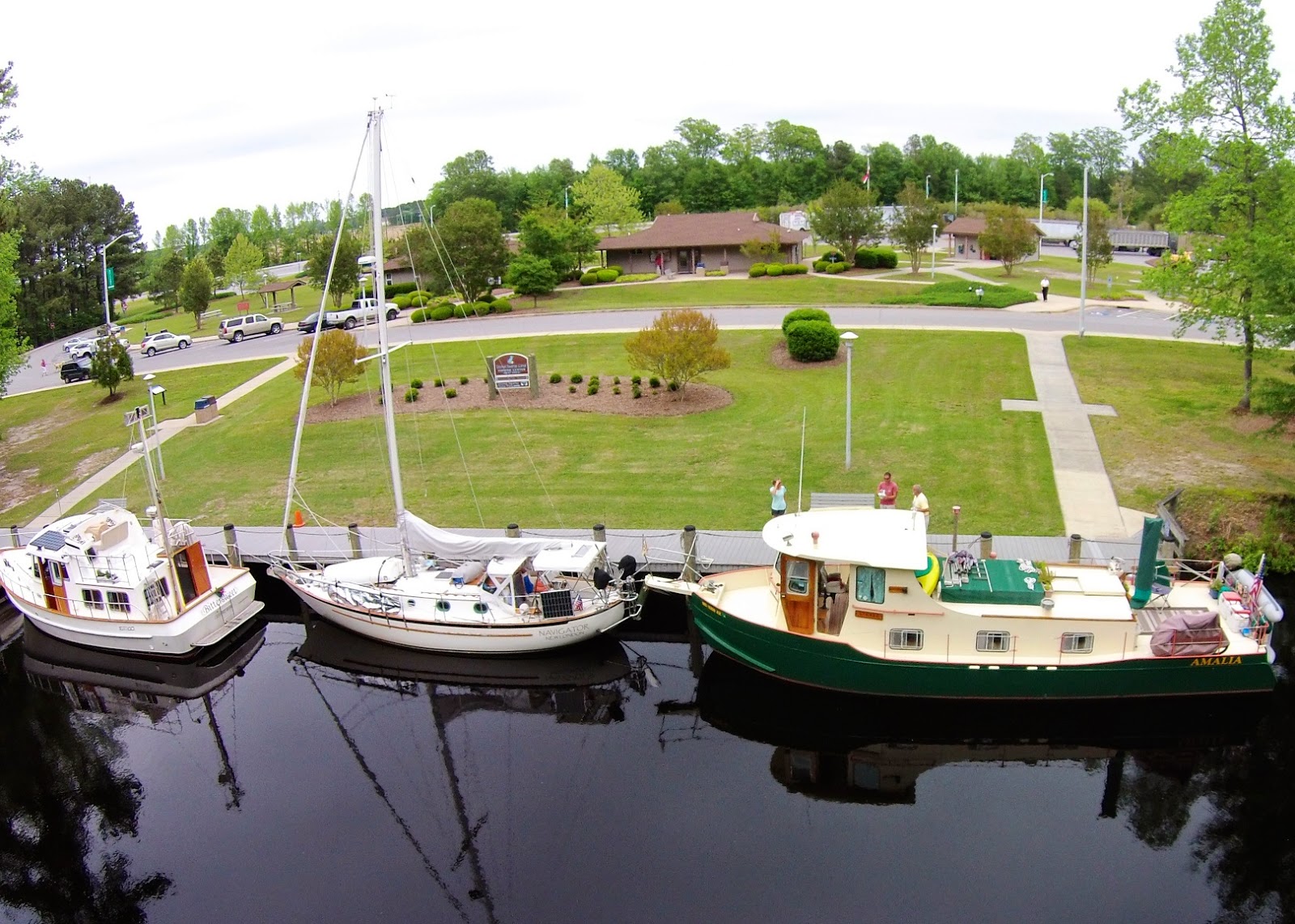 We've really been making miles to the north over the past couple weeks, and the temperature definitely shows it! After leaving Elizabeth City, we transited the Dismal Swamp Canal, one of the oldest canals between Virginia and North Carolina.  We were able to make a cool time-lapse/aerial video montage from the trip that got reposted on some popular websites, however I crashed the drone during the last flight.

Luckily, it hit a few trees on its fall from the sky, so the landing wasn't too hard.  Unluckily, the landing was in the water.  However, after drying it out and leaving the vital parts in bags of rice overnight, we re-assembled the drone over the course of a couple days and she flies again!  Wonderful Chinese engineering. 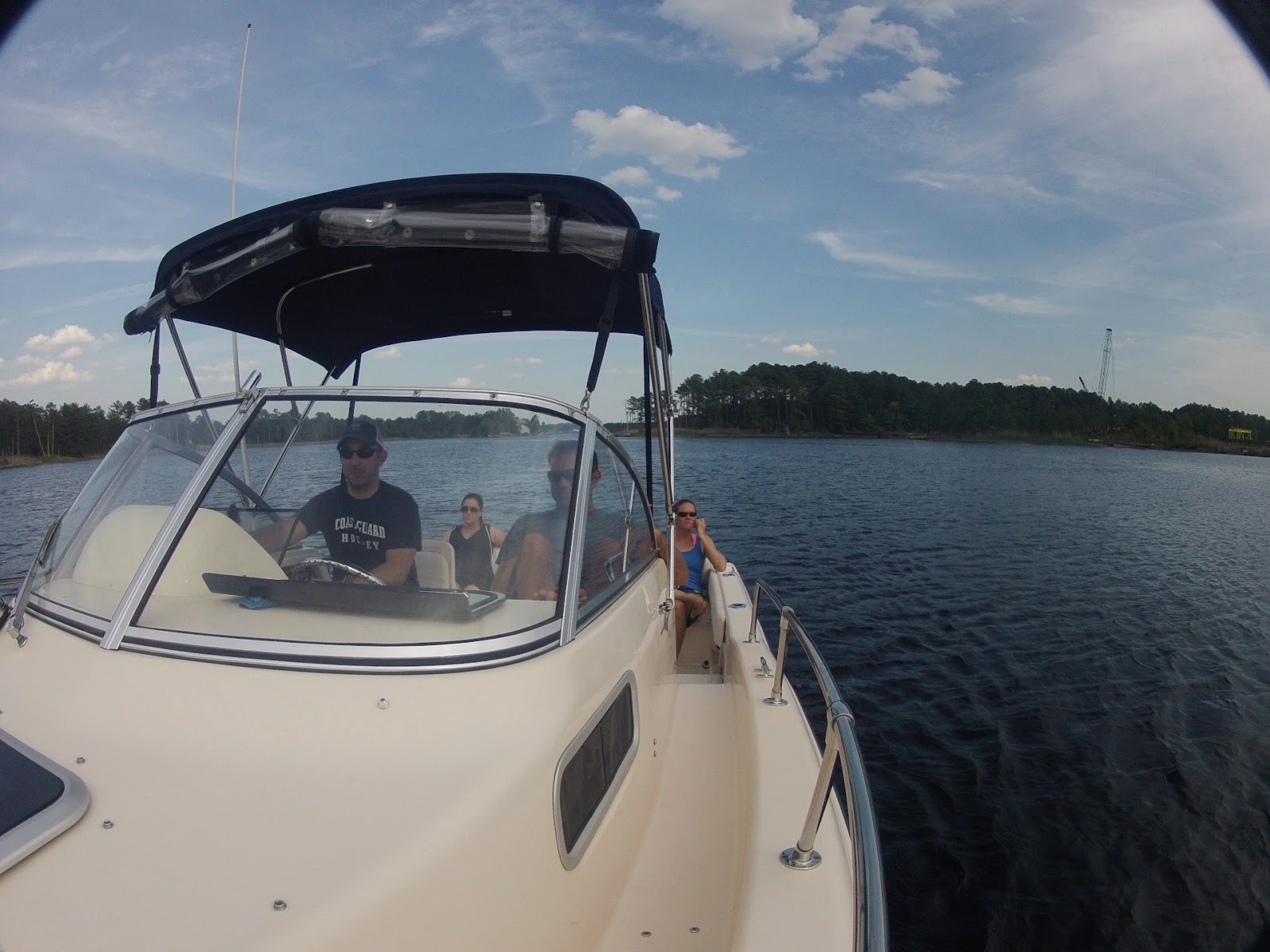 Our next stop was a port call in Chesapeake, Virginia with our friends Rob and Leah, who took us out on their new sport fishing boat to a cool cove off the ICW.  It was a great feeling cruising the waters at 28 knots instead of our normal 4-5.  We also met their cute dog Otis, and returned to the Hibachi place we ate at nearly 2 years ago...I  just can't get over how the guy makes a volcano out of onions! 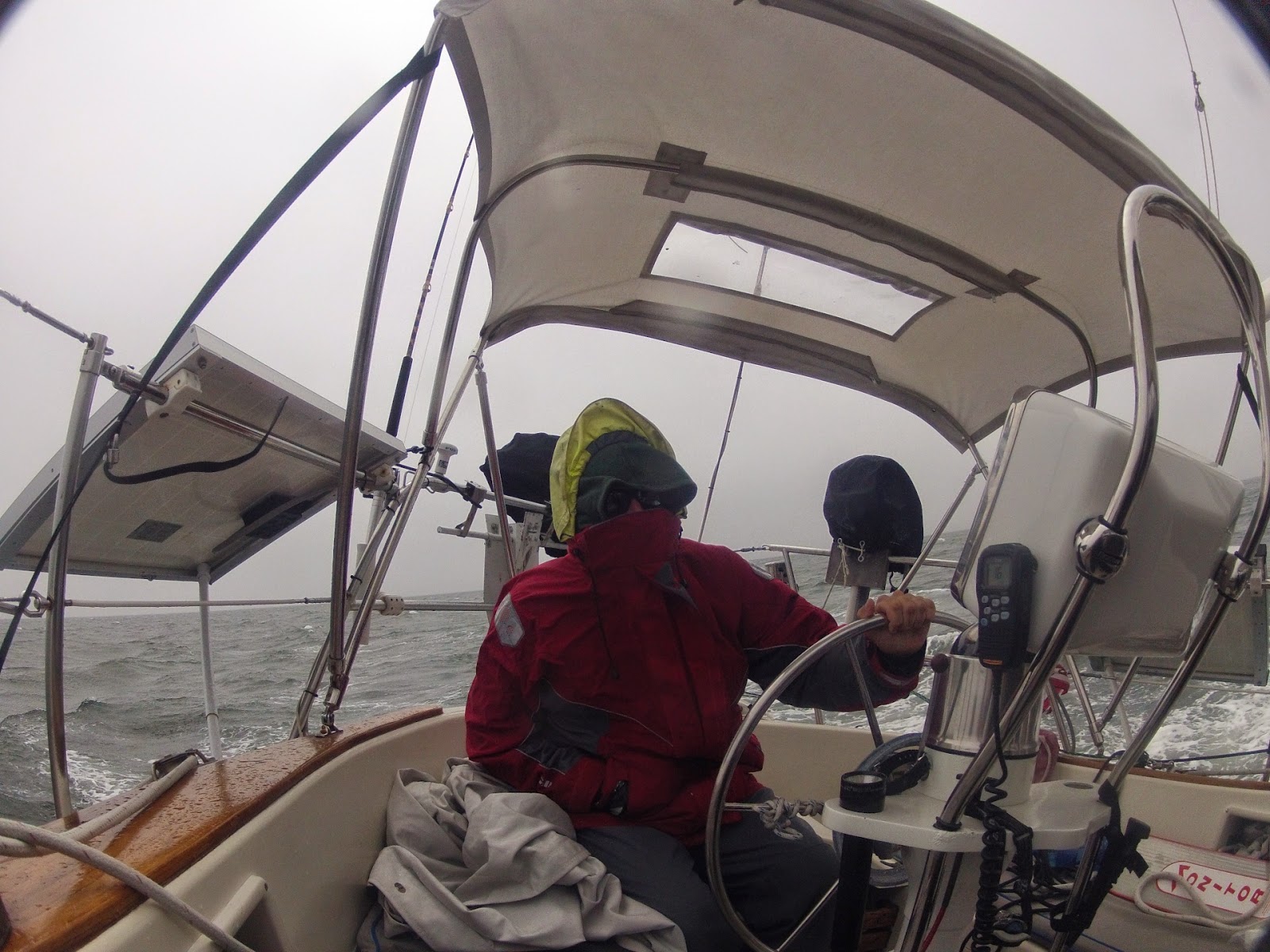 Since we're on the move up the coast and the clock is ticking, we wanted to close the distance to Connecticut to a reasonable distance for our last couple weeks of adventuring.  So, when the weather presented a good opportunity, we headed back to sea.  Correction: when the National Weather Service predicted a good opportunity, we headed back to sea.  The first day was great. The second day we got our butts handed to us in pretty snotty conditions off the Delaware Bay.  However, we made it into Cape May, NJ without too much trouble late yesterday, and all heavy weather was forgotten as we chowed on some Blue Plate Specials at a local watering hole as the wind howled outside and we caught up with our friend OG over dinner.

This week we'll do a few boat projects and await the next weather opportunity to head to New York City.  From there, its just a few short hops along Long Island Sound to the end point of this voyage: Noank, Connecticut, around June 2nd or so. 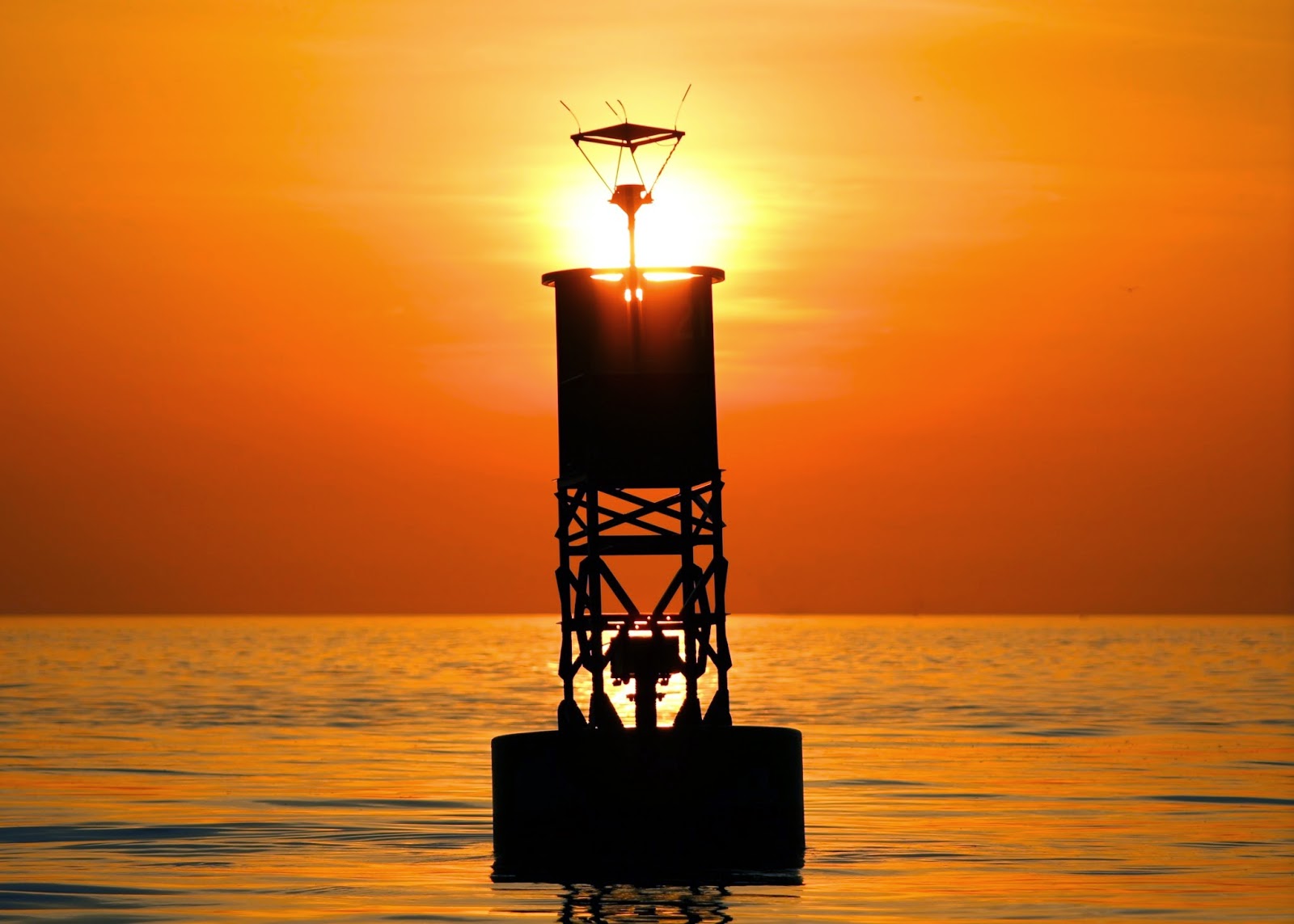