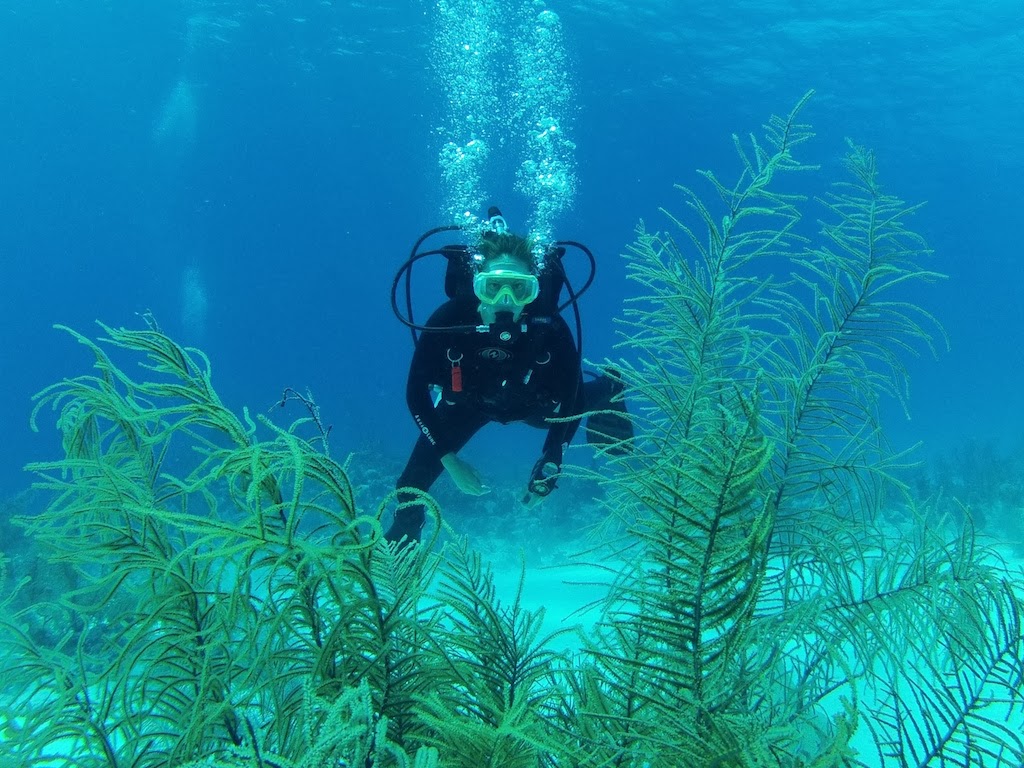 This week we made the long trek from Puerto Rico to the Turks and Caicos Islands, our staging point for a further departure to the Bahamas next week.

We left eastern Puerto Rico on Sunday morning, and had a nice 400 mile trip to Grand Turk, which took us 4 days and 3 nights.  This trip was particularly nice because we were "off the wind" so to speak…we didn't have to bash our way to our destination, but rather we freed the sheets and had a nice, low stress ride the whole way.  That's not to say it wasn't rolly, but it was still a nice break.

There are three major reefs along the path…Navidad, Silver, and Muchoir Banks.  They are all sunken islands, territorially belonging to the Dominican Republic but geographically related more to the Bahamas and Turks & Caicos.

The Atlantic Humpback Whale uses these banks to give birth each year, and on our last day we were lucky to see a baby humpback breaching alongside it's mother.  It was pretty small (but still huge), and it looked like it was learning how to breach, which was awesome to see. We didn't get any pictures - it was too cool to just watch!

We arrived in Grand Turk, checked in, and did two dives the next day in the crystal clear waters.  The islands aren't much to look at, mostly big sand bars, but the water is really clear.  We're on kind of a schedule now, though, so we moved on quickly.  Last night, we anchored 30 miles from land on Caicos Bank (you need daylight to navigate amongst the coral heads), which was a new experience for us.

Today we arrived in Provo, the populated center of the Caicos Islands.  We'll do a couple of dives tomorrow, then spend Tuesday getting water and groceries, then we're off to the Bahamas!

This was a huge eagle ray we saw next to the boat at anchor...