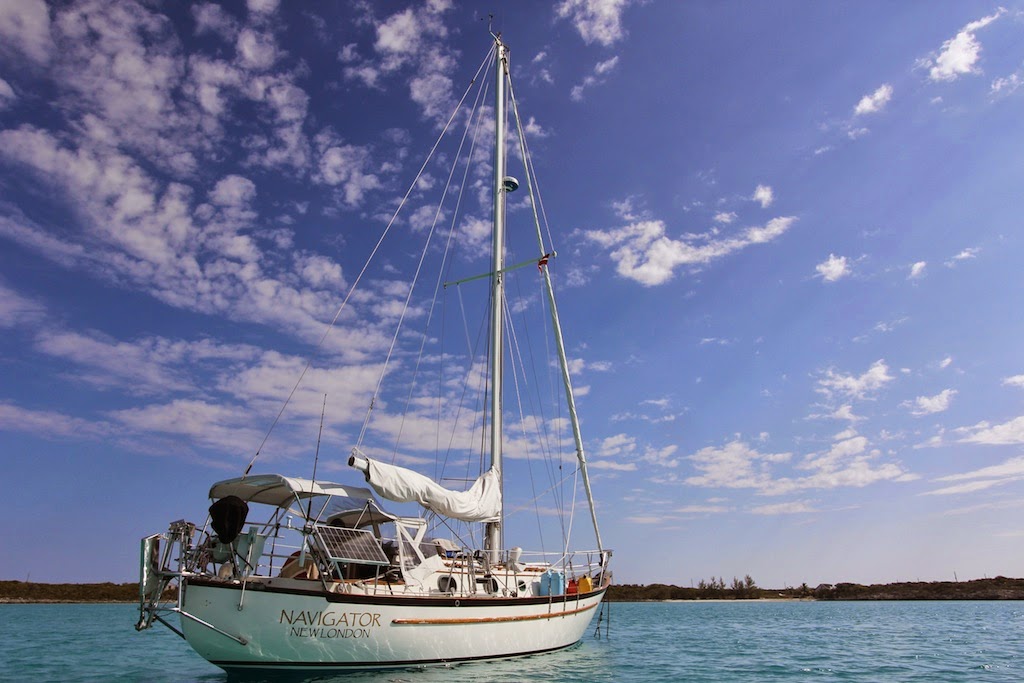 After cruising 250 miles in the last couple of weeks, we have arrived at the northern end of the Bahamas chain, locally known as the Abacos Islands.  Dodging fronts and sailing in between, we have covered a lot of ground since leaving Puerto Rico and feel like we are on the home stretch.  Once we reach the mainland U.S. (sometime next week if weather allows), our pace will slow down as we cruise up the coast, but with the fronts reaching the Bahamas, the "cold" weather is already shocking our sun soaked skins.  Case in point: our primary method of showering on this whole trip has been the ever reliable, surprisingly effective and enjoyable solar shower-a dark colored plastic bag with a hose that the sun heats up for a free hot water shower, usually accompanied by a quick jump in the ocean first.  But the last week?  no way, its been chilly, or we've been sailing. 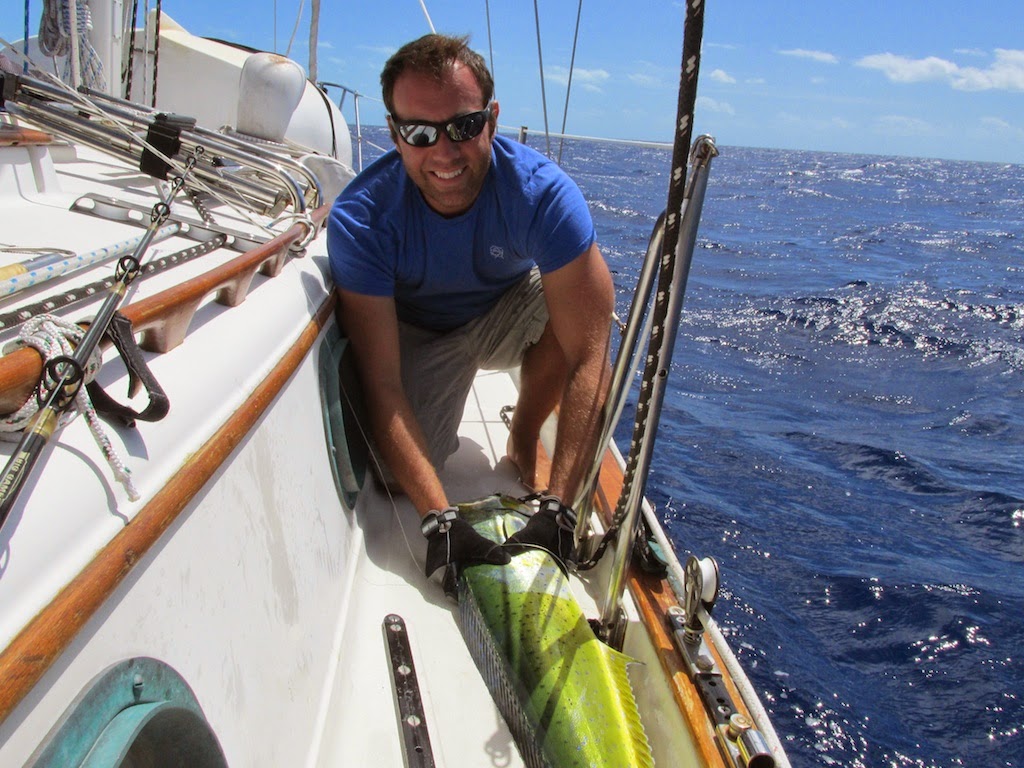 So our arrival in the picturesque village of Hopetown, first order of business was a shower, unlimited hot water, heavenly!  Next was groceries.  We walked out with fresh veggies for a mondo salad (haven't been running the cooler for almost two weeks because produce has been hard to come by), a quart of cold, fresh milk (UHT milk only goes so far), and a homemade key lime pie (because it's pie!).  Funny what you crave when you pull into civilization. 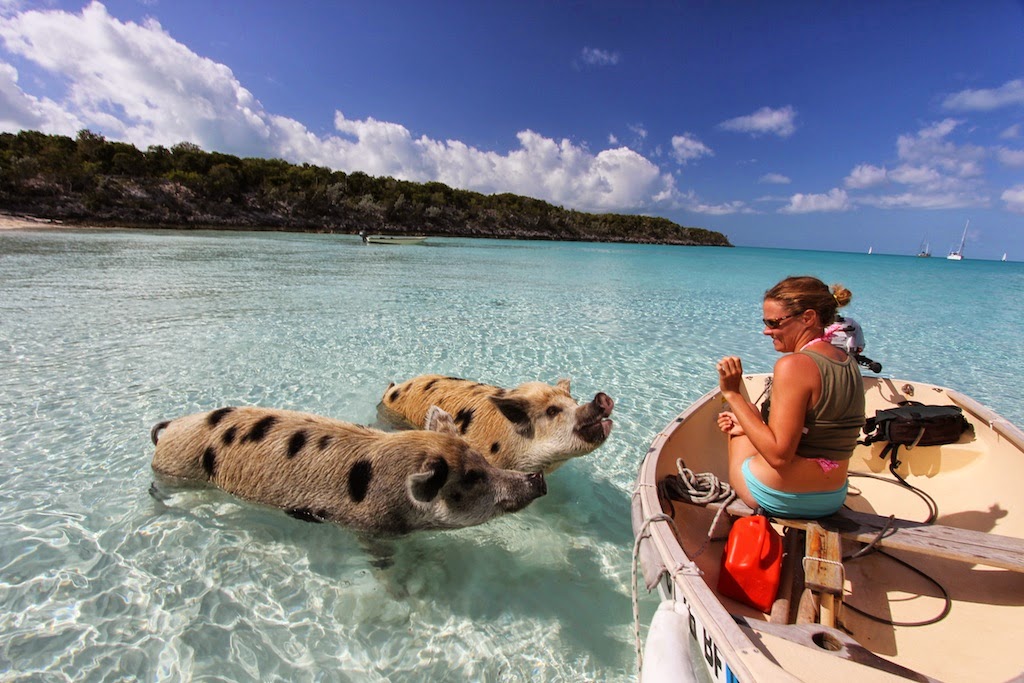 The Exumas (central Bahamas chain) was enjoyable, lots of little cays and beaches and snorkeling to explore.  Our favorite respite was a popular anchorage called Big Majors Spot, because the beachfront was home to a family of pigs.  Not just any pigs, swimming pigs!  The cruising guide offers you to take in your scraps and feed the friendly porcine, so friendly that we watched one of the behemoths try to jump in someone's john boat, we steered clear, that behavior would've scuttled us for sure.  They snorted when you fed them, squealed when you didn't and were a riot to behold.  The owners are genius, they get their pigs fed for free as a tourist activity. 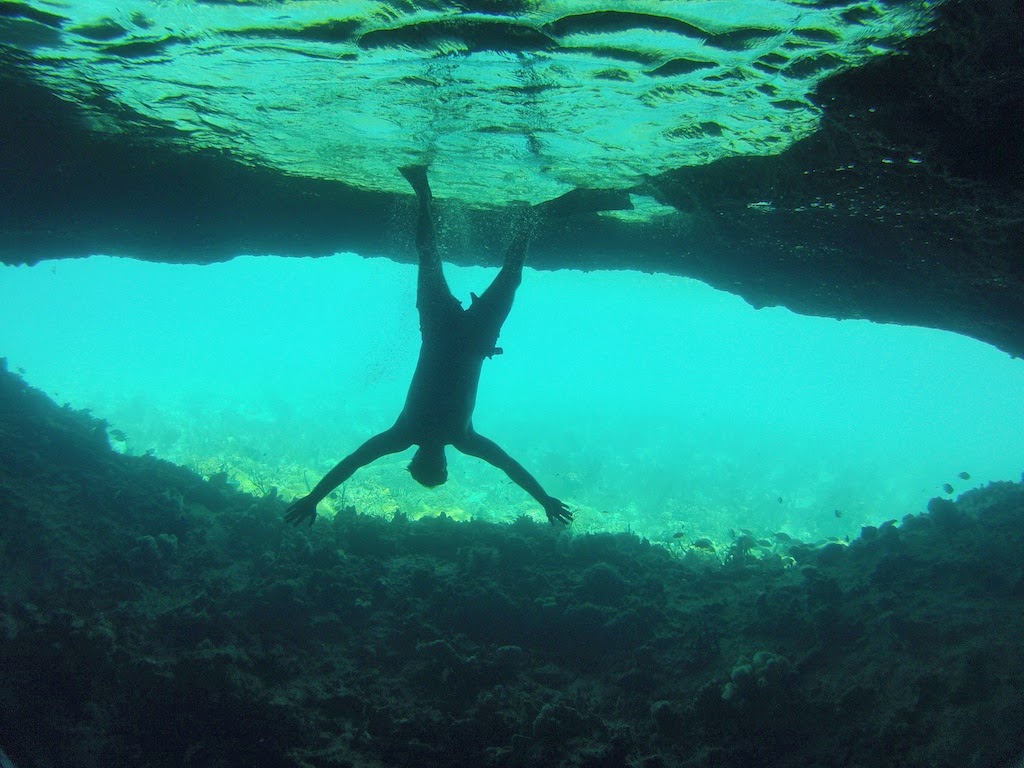 The other cool spot within dinghy distance was the famed Thunderball Grotto, from the Sean Connery James Bond film of the same name.  What a cool spot.  From the outside, it looks like any other rocky cay, but duck under and through an opening and the fish swarm (including a monster barracuda and a sleepy nurse shark) and you enter shangri-la, a grotto where the sunlight shafts through holes in the ceiling of this tennis court sized cavern, and the view out the window to the coral garden beyond is utterly beautiful.  It was a jaw dropping place that totally lived up to its hype. 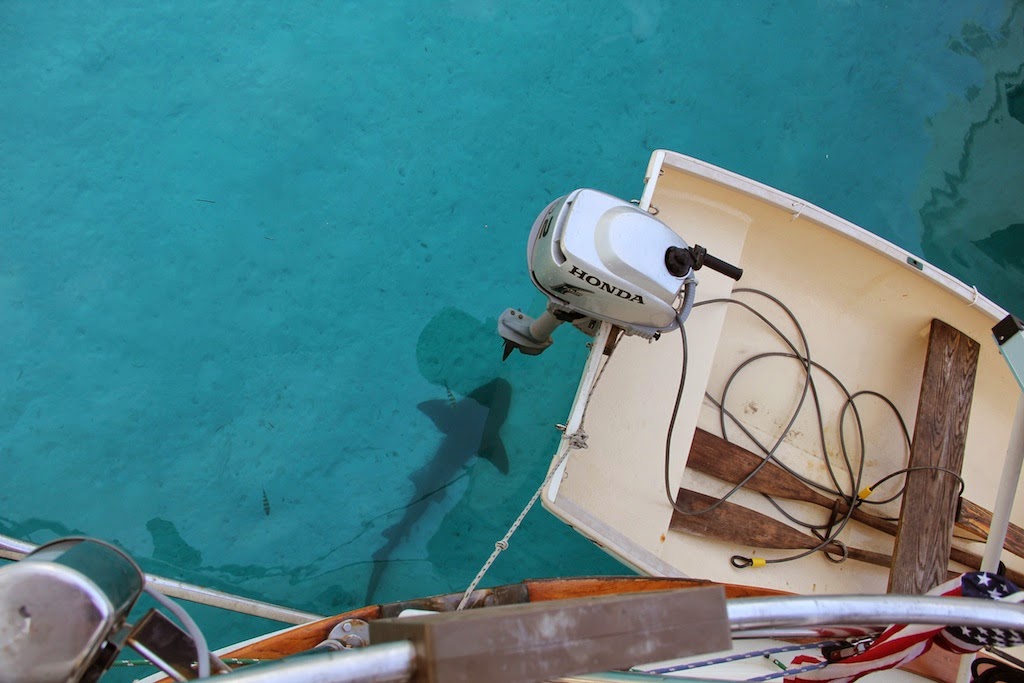 We waited out a front in Compass Cay, a small marina with pet nurse sharks and yummy burgers, but no showers.  The water here is unbelievably clear, and with a sand back drop on the shallows, the prettiest aquamarine.  We mentioned how we thought most of the Caribbean would be like this, small villages and pretty water, but really, most of the islands were volcanic, and steep, not a lot of shallow water.  All that shallow in the Bahamas makes for some tricky navigation, and we've had to use our skills to plot, plan and negotiate narrow passes and shallow shelves timed with some hefty current.  We tried going against the current in one pass and encountered a "rage" where the sea stacks up steep when the wind and current don't agree, so we pulled a u turn and opted to run up in the lee of the islands that day.  We also stopped in the small village at Black Point based on a recommendation from Snow Goose and were rewarded with some sweet coconut bread made by "Lorraine's Mom".  I actually had to go into her kitchen to pick it up and her whole house smelled like sweet bread.  It was delicious, only half the loaf even made it back to the boat. 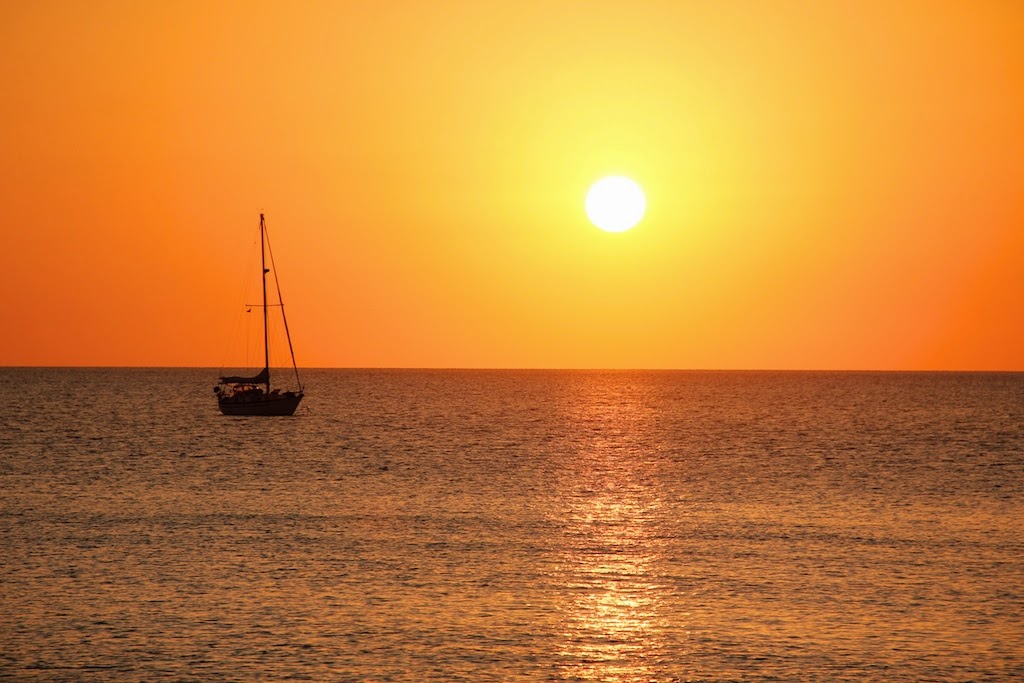 All too soon, time was getting short, so we took advantage of some southerly wind to push northward, waved by Nassau as we sailed right on by and overnighted up to the Abacos.  We'll wait out this front, then spend a few days island hopping west and stage for our jump across the Gulf Stream when the weather looks good.  Then it will be time to put away the snorkel gear and pull out pants (what are those?) for our spring journey up the east coast.  I hear snow is still falling in the mid-atlantic, I sure hope it starts warming up fast!  It's going to take some adjustment being back in the States after being away for over a year.  The cruising will be different, less anchoring and more marinas, and we'll be spending more time ashore visiting the towns rather than snorkeling off the boat or walking the beach.  But, for the next week, we'll take advantage of the last of our tropical adventure and hopefully find one of those elusive sea beans we keep hearing wash up on shore here in the Bahamas. 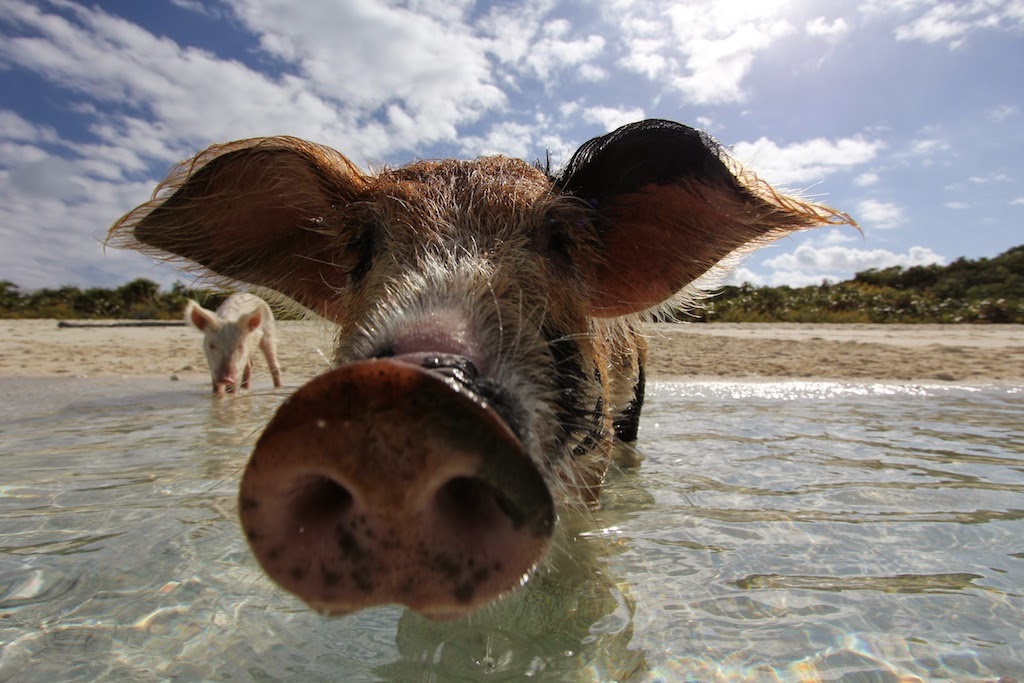