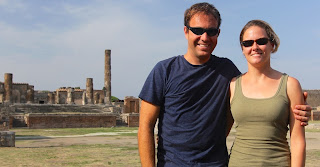 Hello from the Adriatic Sea aboard a "Superfast" car ferry that is taking us back to Italy after a sojourn to Athens and Delphi in Greece.  We are a couple of days ahead of schedule, so we thought a diversion to the origin of western civilization was a good way to spend some of that extra time.  The weather has been beautiful for the last couple of weeks and we've taken advantage of it.

Since arriving in Venice, we walked for two days all through the alleys and bridges, admiring the gondola riders and marveling at the boat driving skills of some of the delivery barges while we worked our way through the city, visiting various churches and the impressive art hidden within.  We camped on a peninsula that let us take a ferry into the city, making the trip very easy. 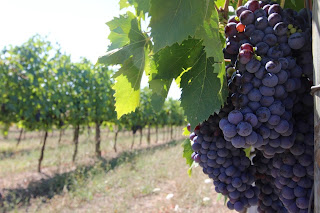 After Venice, we spent a couple of days in Umbria, the central part of the country, and drove through some of the hilltop villages, including Assisi, where we happened to be on a Sunday and got to experience hearing an Italian mass in St. Francis of Assisi's resting place basilica.  We really enjoyed it.  From there we made our way to Rome.

We found an awesome campground with a restaurant, pool and store to call home for a few days and it was such a treat to come back at the end of a long day to refresh in the pool.  The trip into Rome was a bus then metro, and we seemed to catch commute traffic every time, but it was much better than trying to drive around. 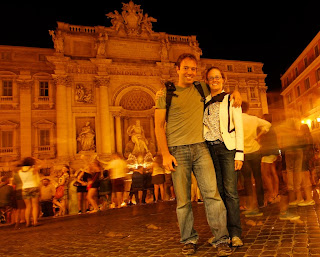 The first day we saw the ancient sites of the Colosseum, Roman Forum, Palantine Hill and visited the Capitoline Museums.  We also visited a church that had been excavated to find an earlier church under it, still intact, and a roman house and pagan temple again under THAT; talk about the "weight of history," it was dark and a little eerie, but pretty unique. That night, we took a night bus tour of the city and it was neat to see the sights lit up.  The tour walked for about an hour by Trevi Fountain, the Pantheon and other sights, so we got some cool night pictures.  We stumbled into bed after our late night adventure and woke a little later the next morning and took in some of the other sights, including the large Piazzas and going into the Pantheon, one of the world's oldest buildings.  All along our forays, we tried pizza, tortellini and other local pastas, each delicious.  Our favorite are the caprese lunch panini sandwiches...just tomato, basil and mozzerella, simply delish! 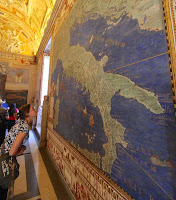 We finally got our football (soccer) tickets, only to find they had moved the game from Rome to Palermo...Sicily, 12 hours away!  So we zoomed through the Vatican and St. Peter's Basilica in the morning, (yes, the Sistine Chapel does live up to its hype), and started the long drive south.  A short overnight stop had us on a campsite high on a cliff overlooking the Mediterranean at sunset.  We ate our bowls of pasta watching the sky grow dark and the ships going by, and we got a bit nostalgic for the Navigator. The next day we hopped aboard the crazy anything-goes ferry to Sicily and finished our drive to Palermo.  The soccer game was awesome.  Italy played Bulgaria in a World Cup Qualifying match and won 1- 0. "GOOOALL!!!!" reverberated through the 80% filled stadium and shouts of "Italia (ee-tal-ee-ya)" helped to cinch their invitation to the World Cup.  It was an awesome experience.

Back on the road the next day and back across the somewhat sketchy ferry to mainland Italy and we made our way to the Almafi coast.  Chris did a great job white knuckling the cliff-clinging narrow roads despite oncoming buses and suicidal scooter drivers that thought they owned the whole road.

The next day we toured Pompeii.  Again, awesome.  A whole town that has been dug out to reveal ancient roman baths pretty well intact, amazing mosaics and even their version of fast food lunch stalls.  The information gleaned from all the bits left behind is astounding.  The excavated area was huge and we got lost a couple of times but managed to find most of the highlights, including the brothel with intact frescos that made us blush. 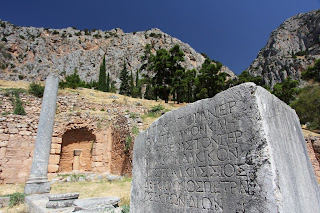 The next morning we drove the Almafi coast to see lots of olive and lemon trees clinging to the cliffside and then headed across to the east coast and Bari where we boarded our overnight ferry to Patras, Greece.  We opted for a deck level ticket, which treated us to lots of noisy neighbors for the night (including a 2 a.m. kick to the side of the head), so we drove to our camp north of Athens and crashed early.  The next day we adventured into town and checked out the sights, it was hot, sunny day, so we took it slow but enjoyed the new Acropolis museum before exploring the temple of Zeus and the Acropolis hill with its temples to Athena and the infamous Parthenon.  Lots of (re)construction going on up on the hill, the museum really helped to bring it to life.  We found some delicious soulvaki for dinner and called it a night.  Today we drove up to Delphi, home of the ancient oracle and legend dictated as the center of the world in the time of ancient Greece.  The temples to Apollo and Athena on the hillside were impressive but we didn't have time to linger before finishing the drive back to the ferry.  This time we opted for a bunk and are looking forward to a good night's sleep! 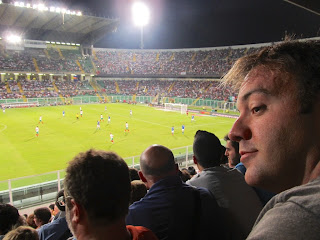